Hello! My name is Christopher Butcher, I am a game programmer, sound designer, and composer. I love music, video games, and learning new things, which is why I pursued a BS in Game Design after receiving a BA in Instrumental Music Education.

I've done a little bit of everything, from pixel art to shaders, writing game AI to writing story outlines, recording and implementing voice lines, and a bunch of stuff in between. I enjoy thinking about how each individual piece interacts with the others and working on a team to make it all sing.

I'm looking for work in the games industry! I'm currently living in Bloomington, Indiana, but am up for relocation or remote work & collaboration. 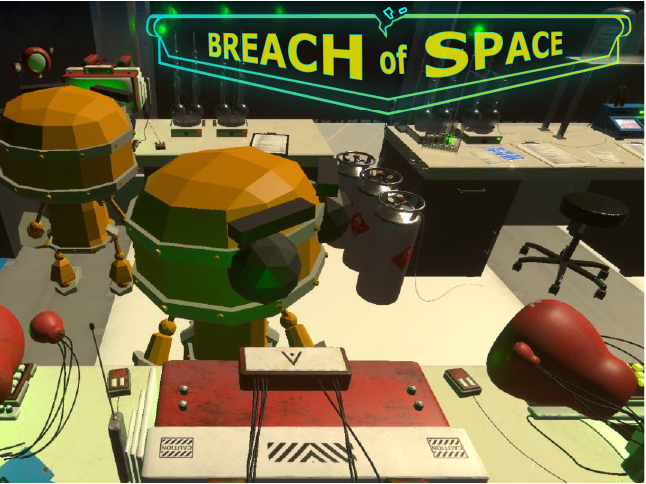 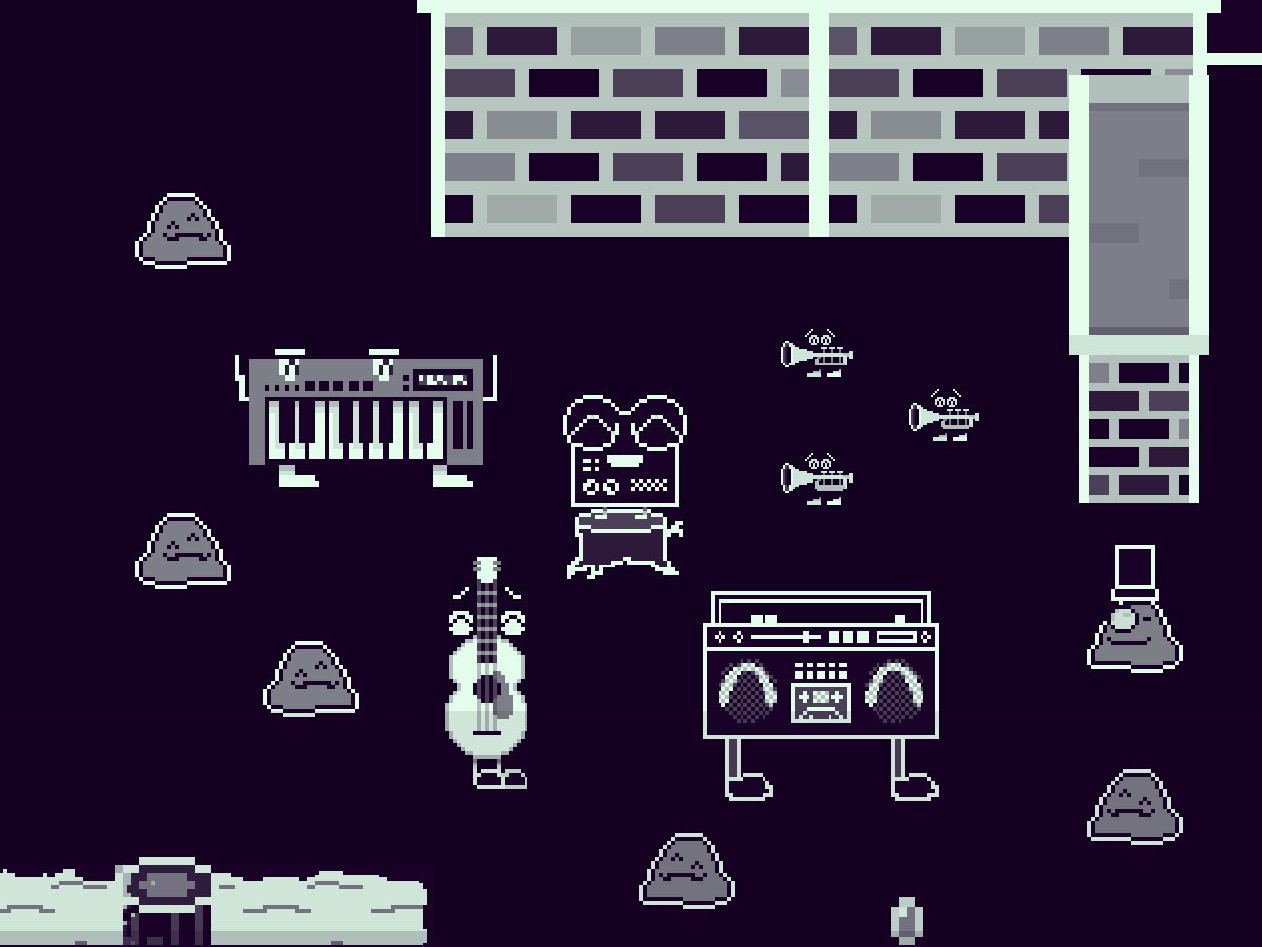 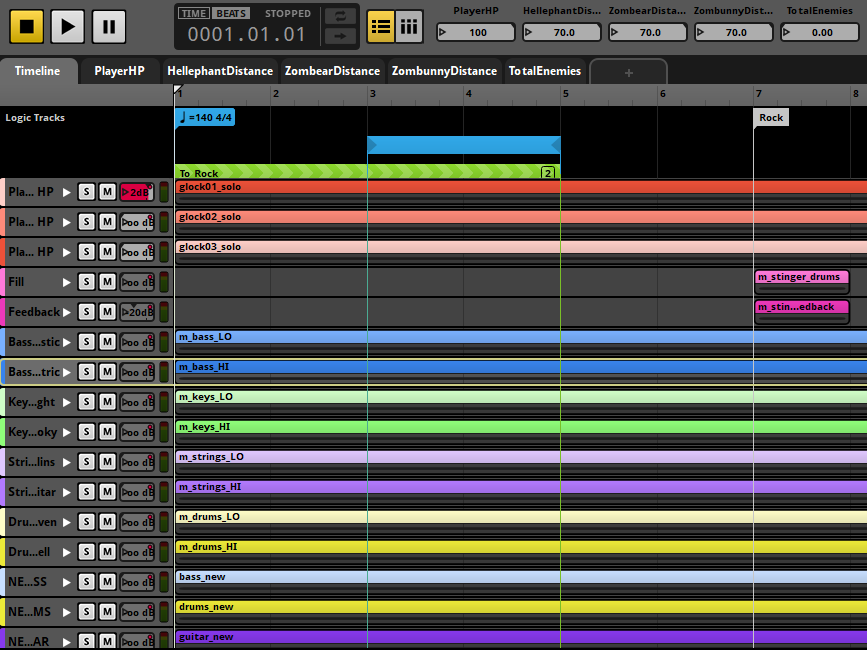 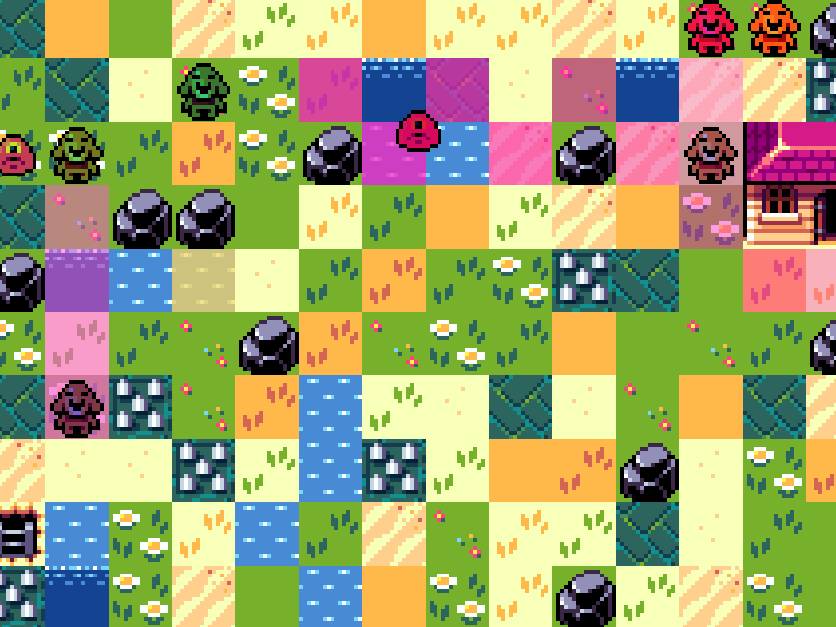 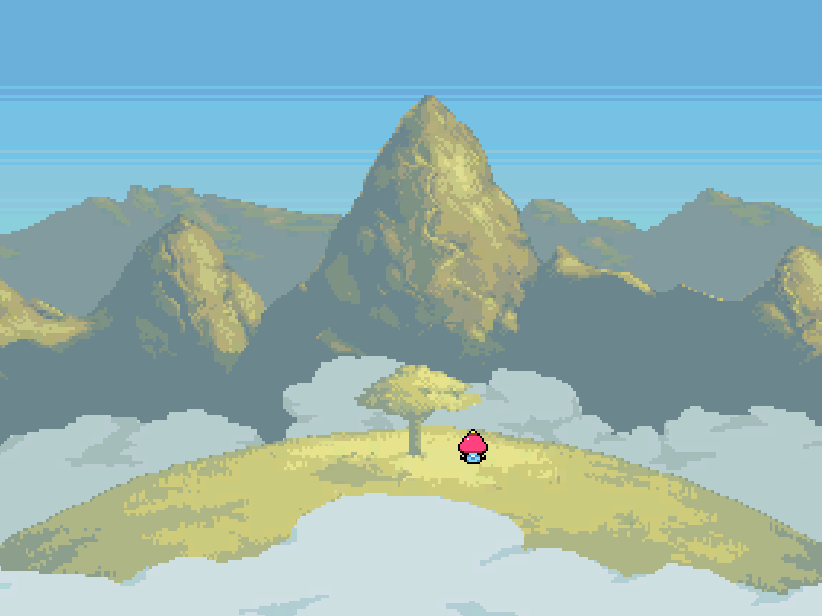 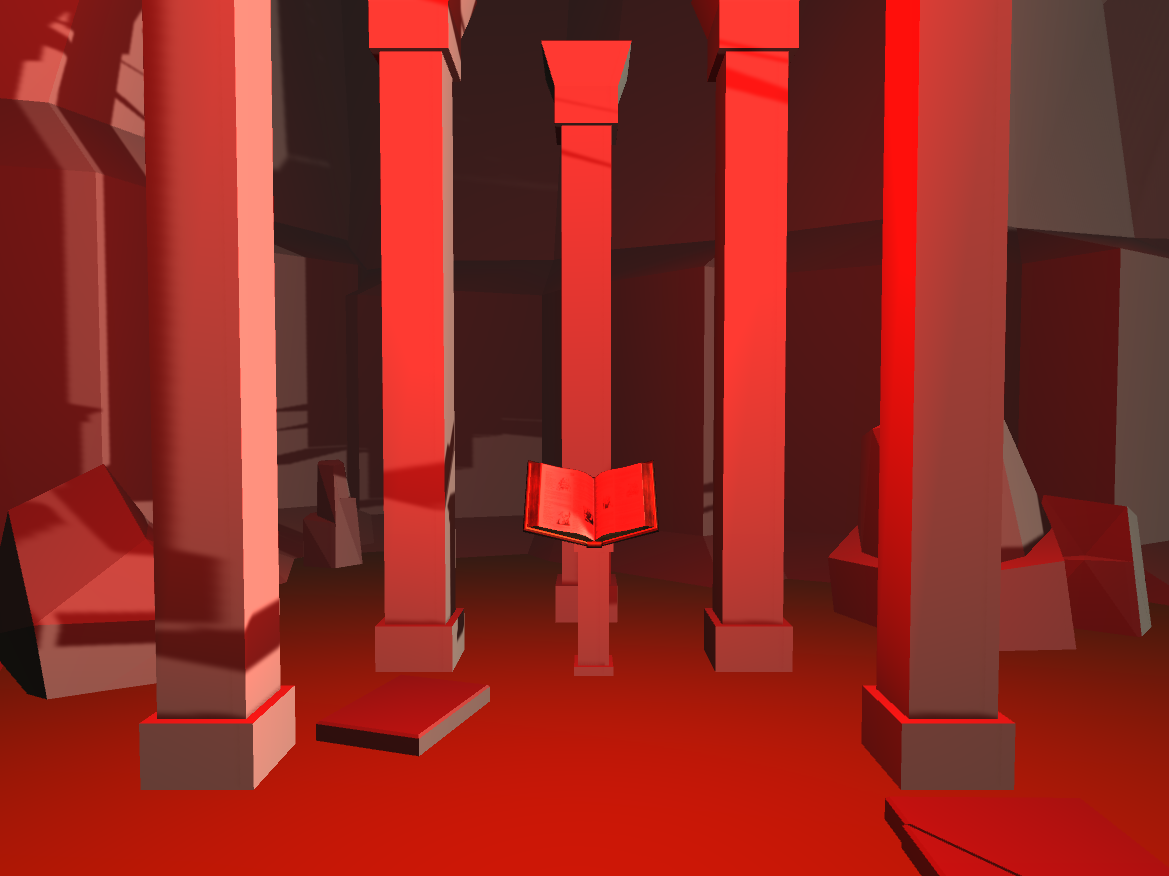 I've played with orchestras, in jazz combos, and even been on a couple of tours with a punk band. Now, I'm focusing on composing for video games & sound design. Although upright bass is my primary instrument, I can play a little bit of anything thanks to my degree in Instrumental Music Education. These days I write mostly on guitar, bass, and keyboard. As for composing & recording, I use Reason 11, ProTools, Adobe Audition, and FamiStudio. 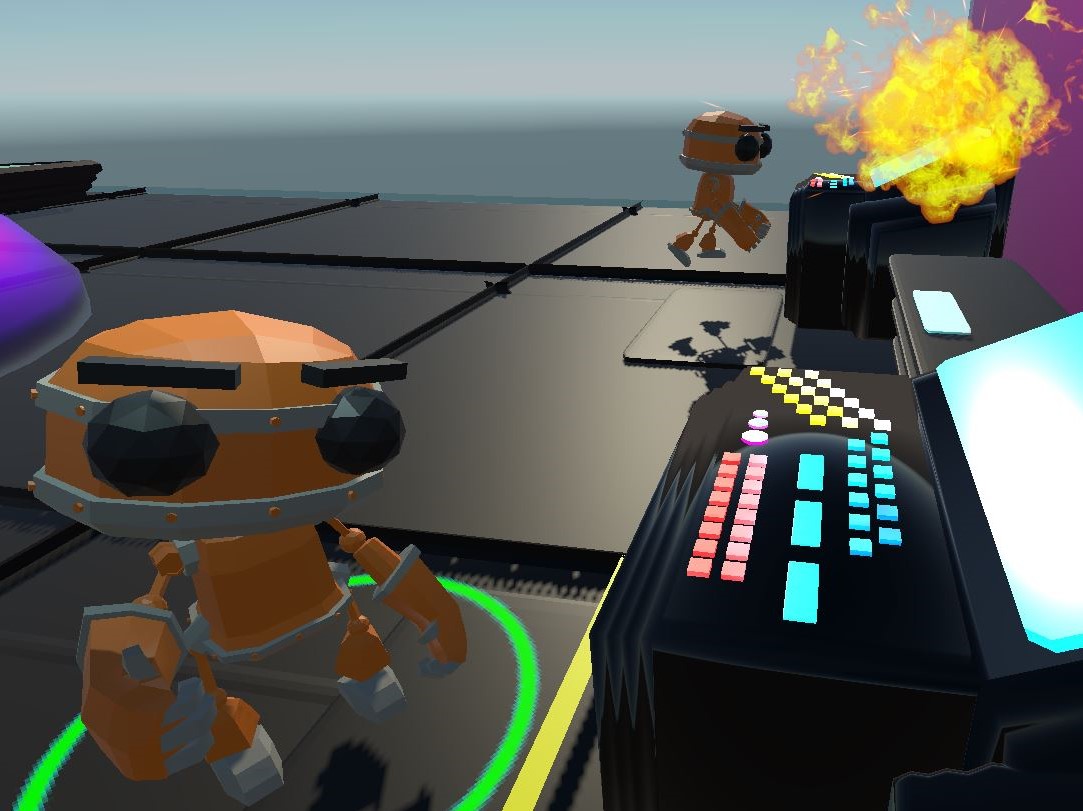 In Breach of Space, you must defeat the evil corporation that is taking over your home planet. Stealthily distract, sabotage, and cause enough mayhem for the robotic staff to leave your home among the stars for good.

Breach of Space has gone through many forms on its way to being a stealth game. For the very first iteration, Breach of Space was a procedurally generated multi-user dungeon crawler. I implemented code that would produce a randomized dungeon of prefab rooms linking up at their doors. I also learned the coding basics of putting our game online for multiplayer. Starting in this version and continuing throughout, I have been in charge of our repositories (Bitbucket & Git LFS), prototyping, and much of the in-engine implementation (shaders, UI, prefabs, animations).

In its next iteration, Breach of Space was a management simulator with a unique viewpoint: a console of monitors in an office at the habitat. I began work on a system for controlling multiple robot workers and various objects from the screen-in-a-screen setup of this iteration. This system linked into our in-game shop and would eventually be involved in your interactions with your boss. I also created the typing minigame that mimics the robot workers’ typing on malfunctioning equipment, as well as a mock-instant messenger app to communicate with the robots and your superiors. Finally, Breach of Space became the stealth game it currently is today. My priority for much of this iteration has been the AI relating to the Robot enemies & their Waypoints, as well as recording and implementing the adaptive audio soundtsrack and sound effects for the game. 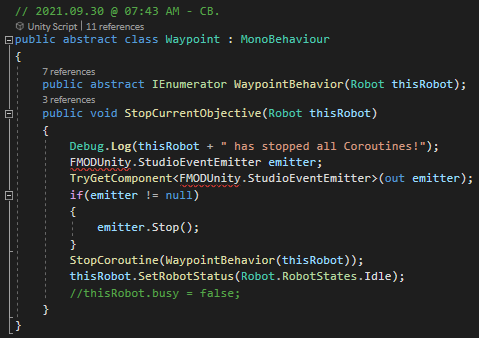 The enemies in Breach of Space must perform various actions when approaching their destination, so I created a simple Waypoint system for the various types of destinations (Patrol, Working, Suspicion, among others). Each of these implement this abstract class' IEnumerator WaypointBehavior so that, regardless of where the Robots end up and their internal state, they will perform whatever function they need to at the end of their journey. I also added a method to reset the Robot's state to default and stop any audio playing because of it. 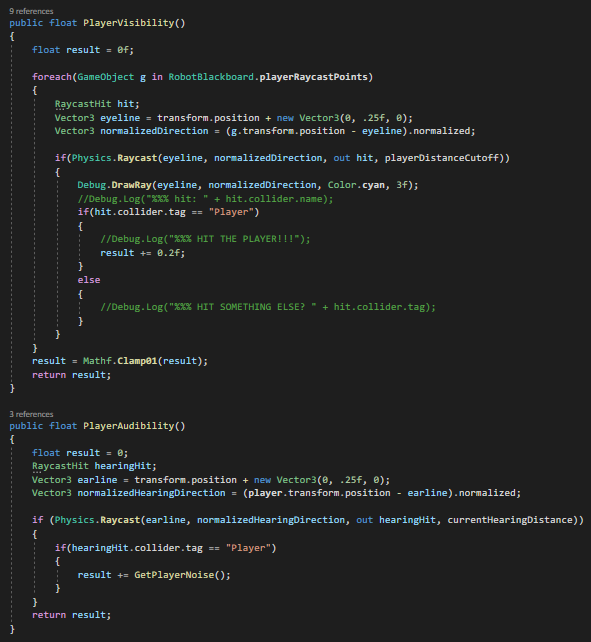 Methods used by enemy Robots to detect the player character (both visually & aurally). 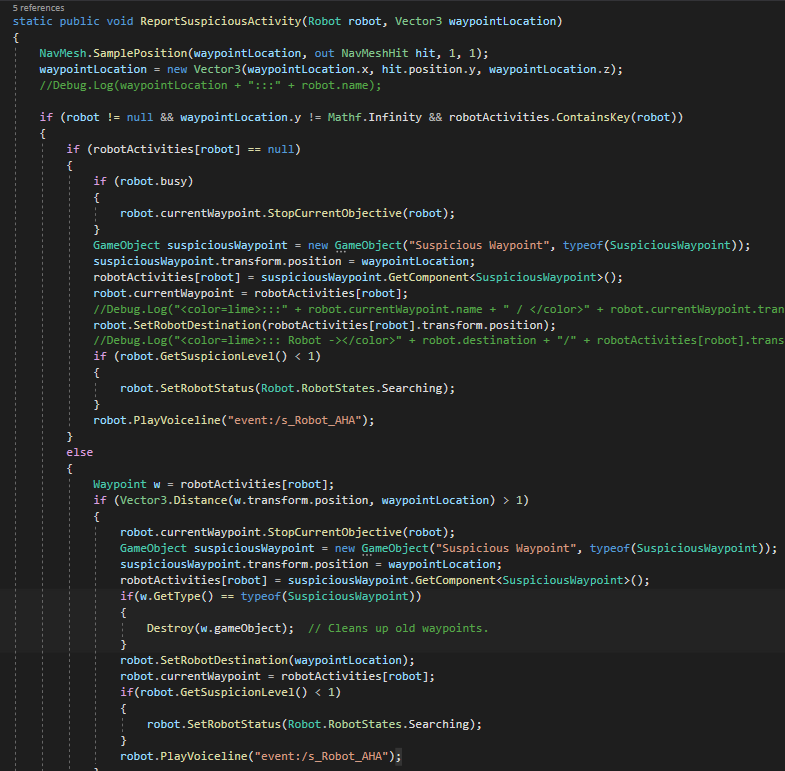 Called from a RobotBlackboard (present in every Unity Scene in Breach of Space), this method creates and updates (when necessary) SuspicionWaypoints for a given Robot.

In Breach of Space, it's important to alert the player to world changes through multiple means, especially the music. Each non-diegetic musical piece must be written with at least two distinct levels of intensity (though for some, there might be three or four, such as in "Greetings from NULL" pictured above). These "versions" are switched between as the player character is seen/pursued by the Robotic staff, but can also adapt based on the success of an objective (such as hacking a forcefield) or even the safety of the player. 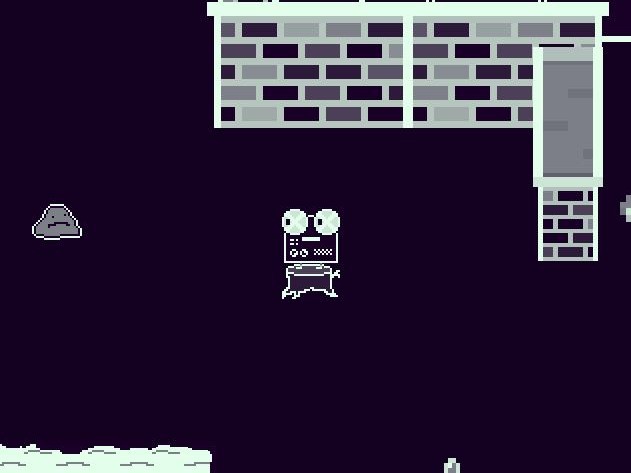 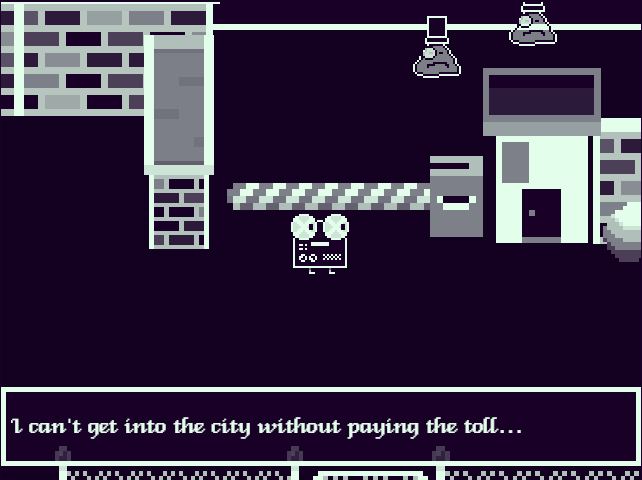 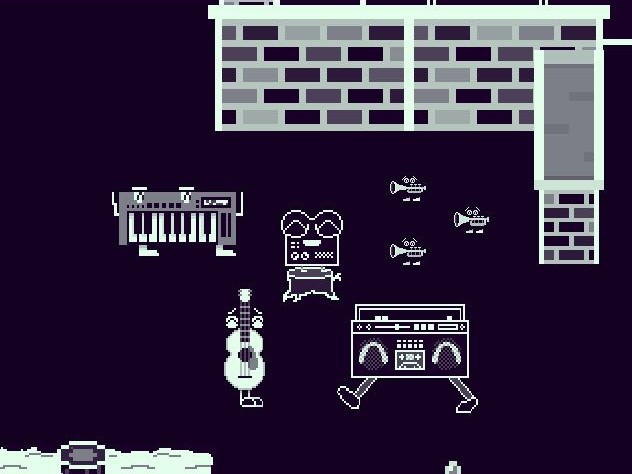 In Codetta, you play as a discarded reel-to-reel player in a world without music. You must guide your character through the 1-bit world to save the forgotten instruments from slimes & bring them together.

The goal of Codetta was to craft a short game (roughly five minutes) with an emphasis on art style and sound design over the course of six weeks in late 2020. In addition to programming, I composed all of the music, edited & mixed the sound effects, created all art assets, and designed the layout for the game. Fonts & original sound effects were found online under the CC0 license. My idea for the game focused on outliving your perceived obsolescence, and how important it is to find a community you feel comfortable in. It was my first time using Construct 3. 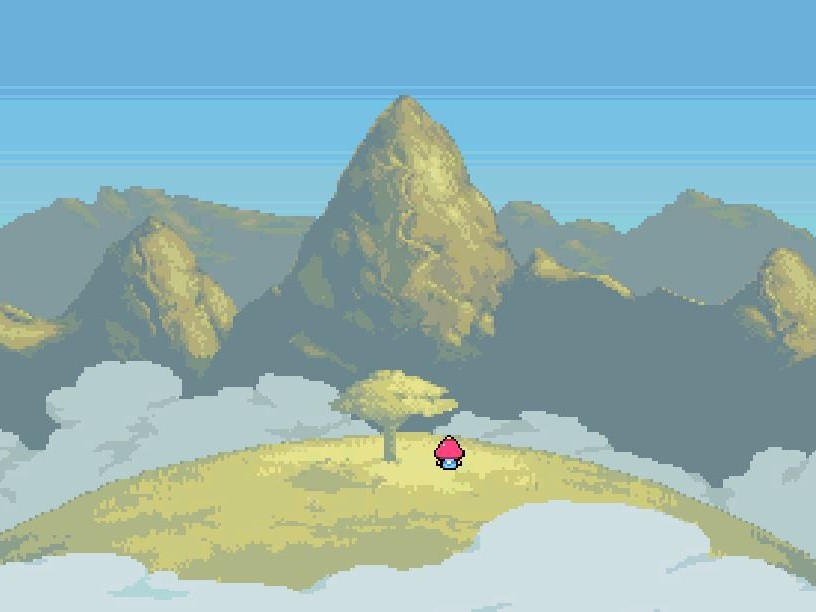 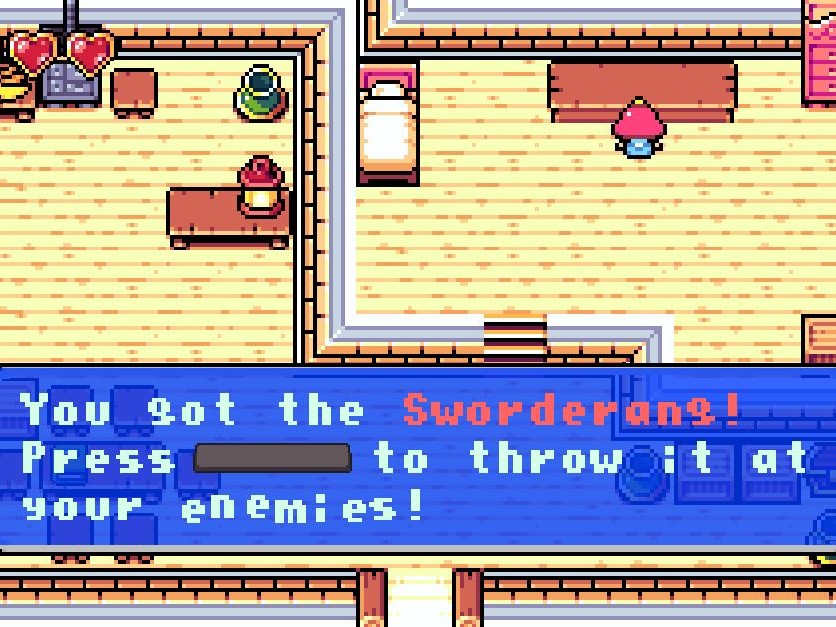 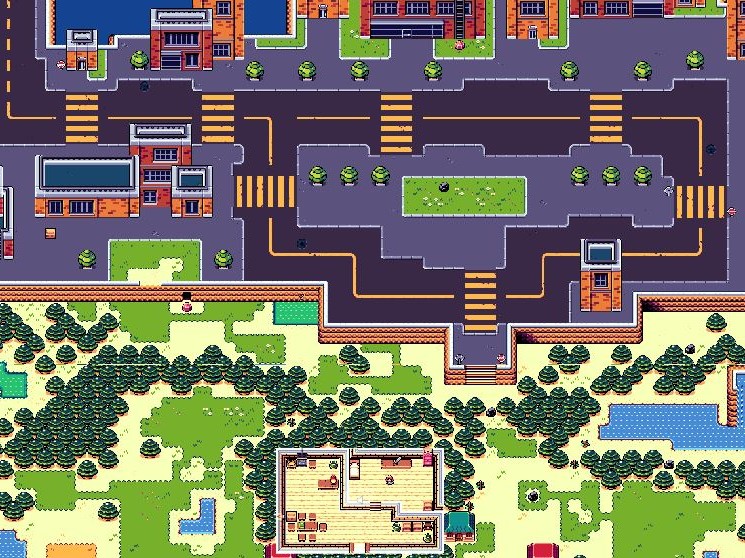 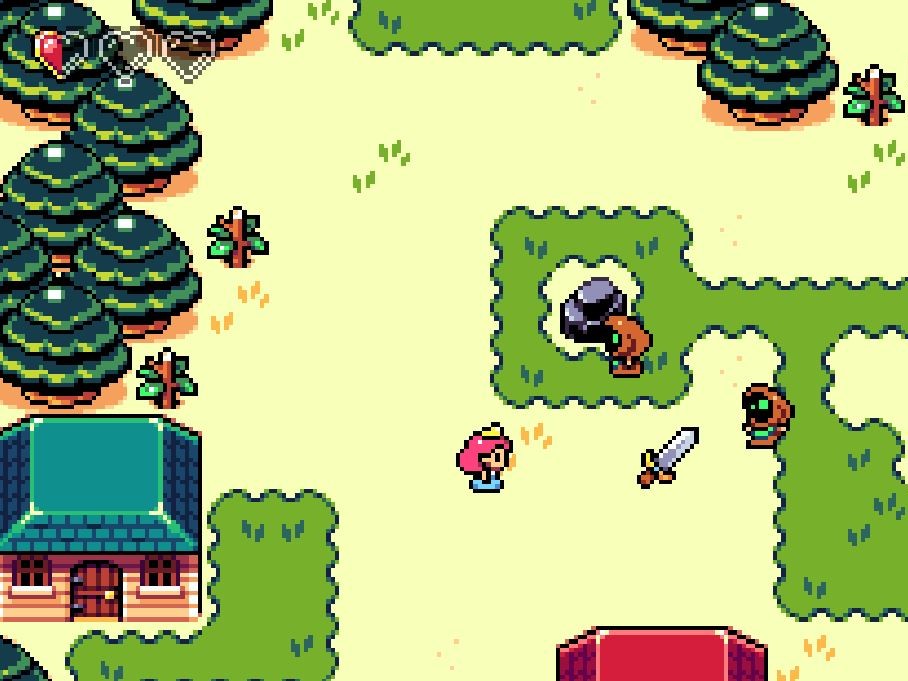 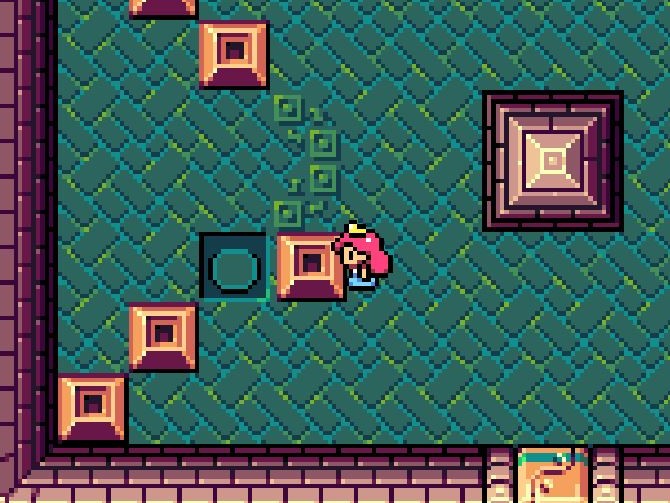 Robin's Quest! is about a princess who wakes to find her kingdom overrun with monsters. She must venture across her kingdom to figure out what is causing this mayhem and how to stop it!

Over the summer of 2020, I wanted to find a project to keep myself busy while also teaching myself more about Unity implementation & C# programming. So I gave myself a challenge: make a clone of The Legend of Zelda: A Link to the Past in Unity. While I've had to pause work on it to focus on other projects, it was invaluable to my education and I plan on finishing it before Summer 2022. 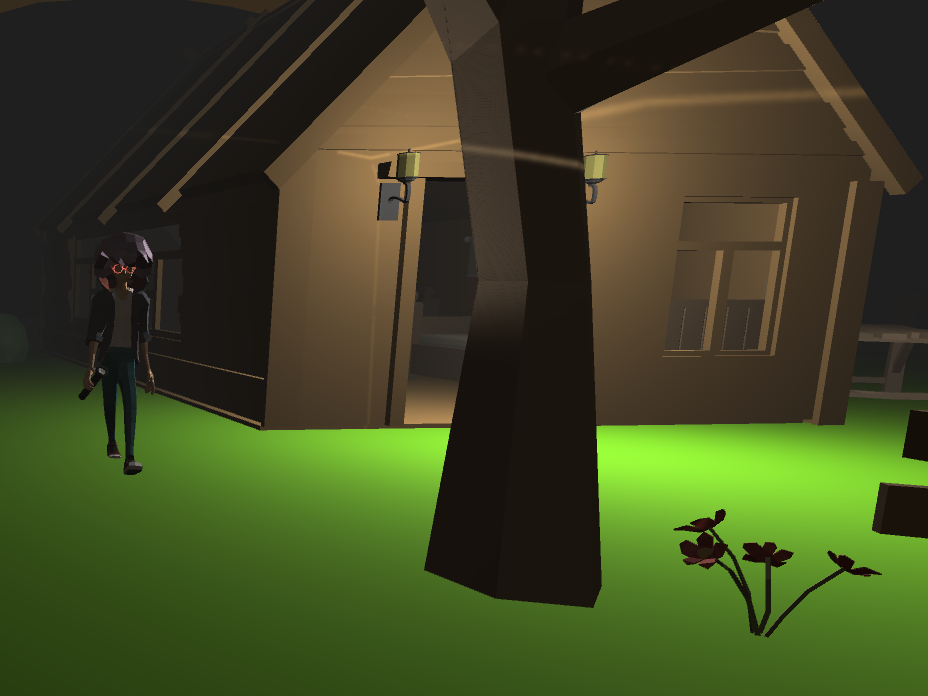 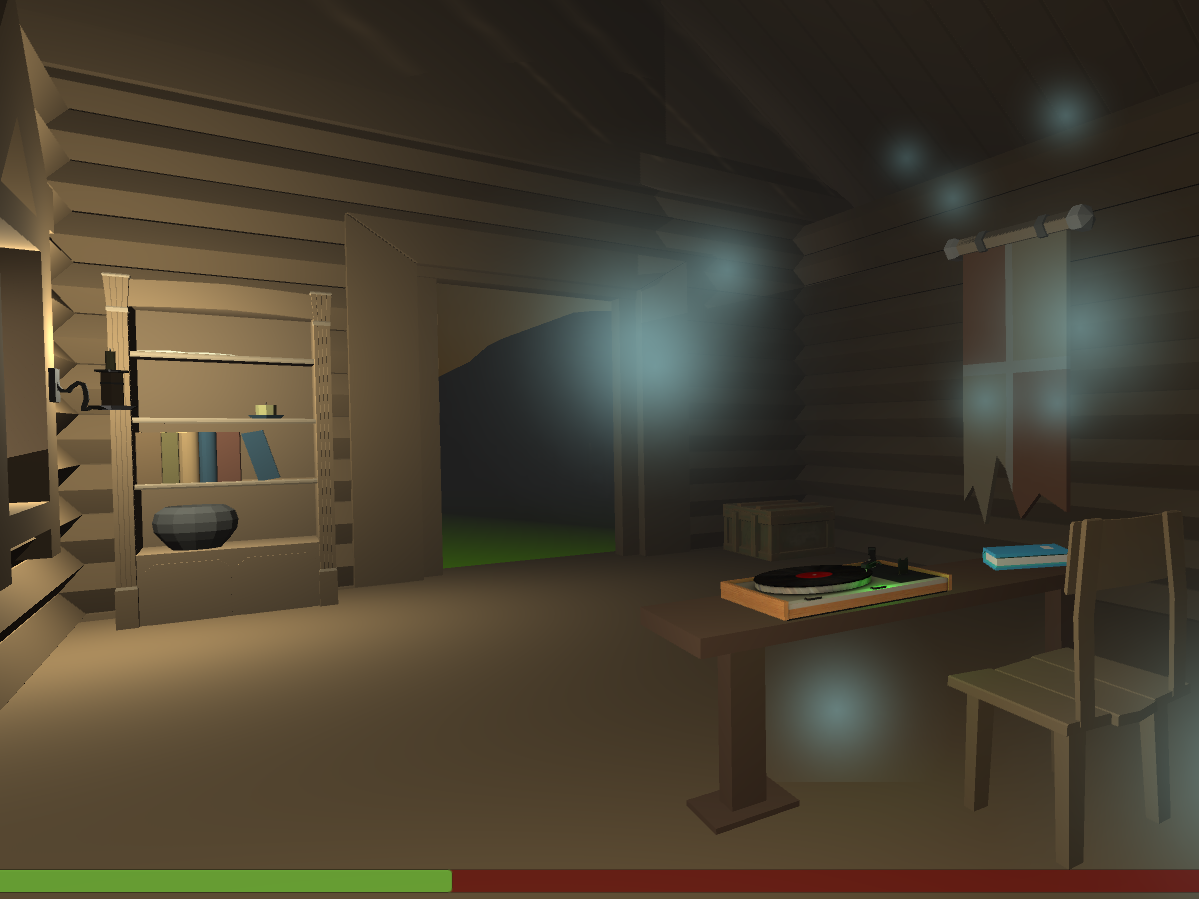 Survive the night at camp, scare some teenagers, and collect the most important pages of your afterlife!

Scare-Away Camp is a low-poly first-person survival horror game where you play as a ghost stuck on the wrong side of the veil. You must collect pages to an ancient tome that will help you return home. This was my first ever game, kit bashed myself using Unity and found assets over the course of three weeks. My partner & I also make our voice acting debut as scared teenagers. 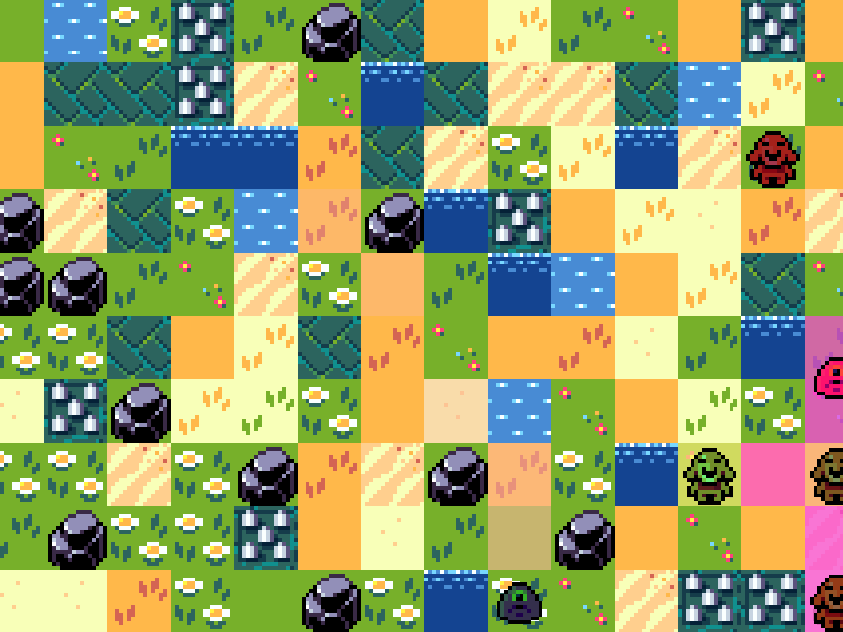 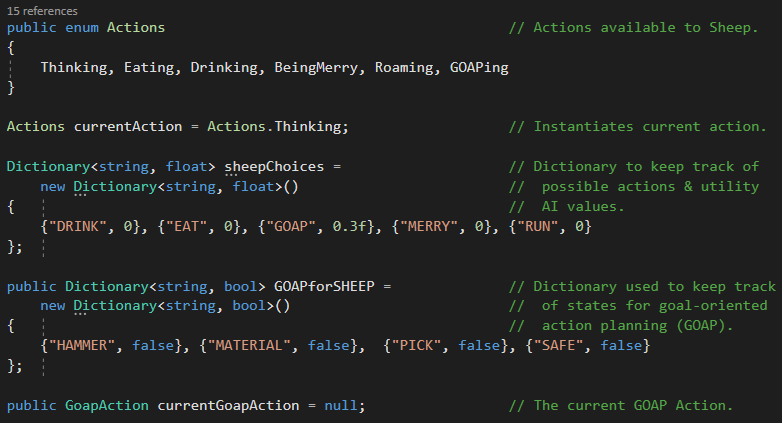 The goal of this project was to take an existing project (here, a Unity tutorial scene) and creating a pitch for a soundtrack based on the game's tone, theme, and gameplay using FMOD Studio. I decided to create a 3D adaptive audio soundtrack for this Survival Shooter tutorial, blending childlike playfulness with darker themes into a sort of danse macabre.

Each of the three enemy types are given their own instrument (or instrumental group). As an enemy approaches, the instrument becomes louder, and when they are defeated their designated instrument becomes quieter. In addition, the drums become louder and softer depending on the total amount of enemies in the level. However, after the player character's health dips below a certain threshold, the music and instrumentation becomes more intense, moving from classical and child-like to triplet-based dance rock to aggressive punk.

The sound effects for each enemy also reflect the materials they are made of as well as warped versions of their real-world counterparts (such as glitched Furby & Teddy Ruxpin sounds for the Zombears combined with the sound of breaking cassette tapes & muffled hits).